Today the RoastLog team is flying out to Seattle for the annual SCA Conference (note, it’s hard not to type “SCAA”).  This years marks the eighth year that we have officially exhibited at the conference, and the ninth one if you count our appearance in Atlanta.

In 2009 Linsey and I shared a booth at SCAA Atlanta with a friend and setup shop with two Data Bridge prototypes and a couple of laptops. Our goal there was simply to vet the idea. I remember mentioning to him, “I think this idea could actually work.” Putting it in front of people, there was an immediate resonance for many. Some didn’t quite get it, but 2009 is a lifetime ago in terms of technology. Adopting cloud-based systems was much less comfortable back then. Still, we had a great response. I remember Linsey hacksawing some enclosures we bought at Radio Shack just so the Data Bridges weren’t bare PCBs sitting on the desks. Our software worked, but was far from beautiful. 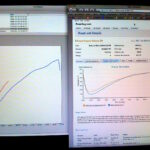 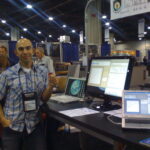 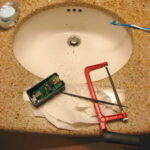 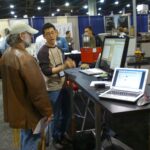 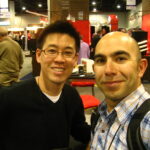 In 2010 we showed up in Anaheim with a very new product and in fact, the first system of it’s kind.  Back then, the notion of roasting coffee using software and then uploading it to the cloud was unheard of.  While roasting software existed in 2009-2010, we were the first to take a SAAS approach. Between SCAA 2009 and 2010 I put in a ton of work and got RoastLog ready for commercial use. That year we won the SCAA Best New Product Award in the “Open” category and thus began our official entry into the marketplace.

RoastLog has always been, and still is, a labor of love.

Since 2008, both Linsey and I have spent varying amounts of time on it.  Both of us have at points taken time away from work to dedicate to RoastLog, he from his Product and Sales positions and me from my Software Engineering/Architecture roles.

Even though RoastLog hasn’t always been our full-time jobs one thing has persisted:

We continue to evolve RoastLog, investing time, energy and money because we believe in the product and love working with our customers.

Life is constantly busy for us both. Births, deaths, full-time jobs, houses….since launching RoastLog there has been, between the two of us:

I will fully admit there are many times where I’ve wanted to pull the plug and regain some free time. However, throughout all of this we keep going and one thing remains:

RoastLog continues to grow and will never go away

This year we’ve continued to add new customers (some of which come over from other systems) and add more improvements into RoastLog. It’s difficult to remember all the things we’ve done over the past year, but here are a few

I originally started working on this idea around 2008 while I roasted coffee for myself on my Diedrich IR7. It was nothing more than a Type-K thermocouple hooked to an Arduino and supported chips, along with a Python terminal program which spit out reading on my screen every second. Remembering this I’m amazed and encouraged how far RoastLog has come.

For 2017-2018 I’m very optimistic with what we’ll be able to produce and what our roadmap looks like.RoastLog will always be an innovator in this space and we will always strive to one thing, being simply better.

What are You Drinking?

If you’ve been considering RoastLog for awhile and needed a little nudge, here’s your chance. In recognition of all the efforts to bring amazing sustainable coffee to the masses, and to celebrate International Coffee Day, Read more…