This update is a bit late to all of our existing customers.  We’ve been plugging away diligently here at RoastLog on a few new (and major) things, but have also made some updates to our existing software.  Here is the latest and greatest:

The current version is now 0.9.8, and all users should download and install this free upgrade.

These new builds address a few annoyances and bugs:

Our inventory system which we’ve been talking about for some time is nearing its first phase for testing. SCAA is just around the corner now, and we’re excited to be presenting the first online inventory system designed specifically for coffee roasters. It’s pretty awesome.

From day one we realized that we needed a Data Bridge with more than one input.  We’re pretty excited to have our first prototype in hand.  This one not only will accommodate up to four thermocouples, it will also accept either type-J or type-K.  We plan to have this available at the SCAA show in Houston, along with our inventory system. 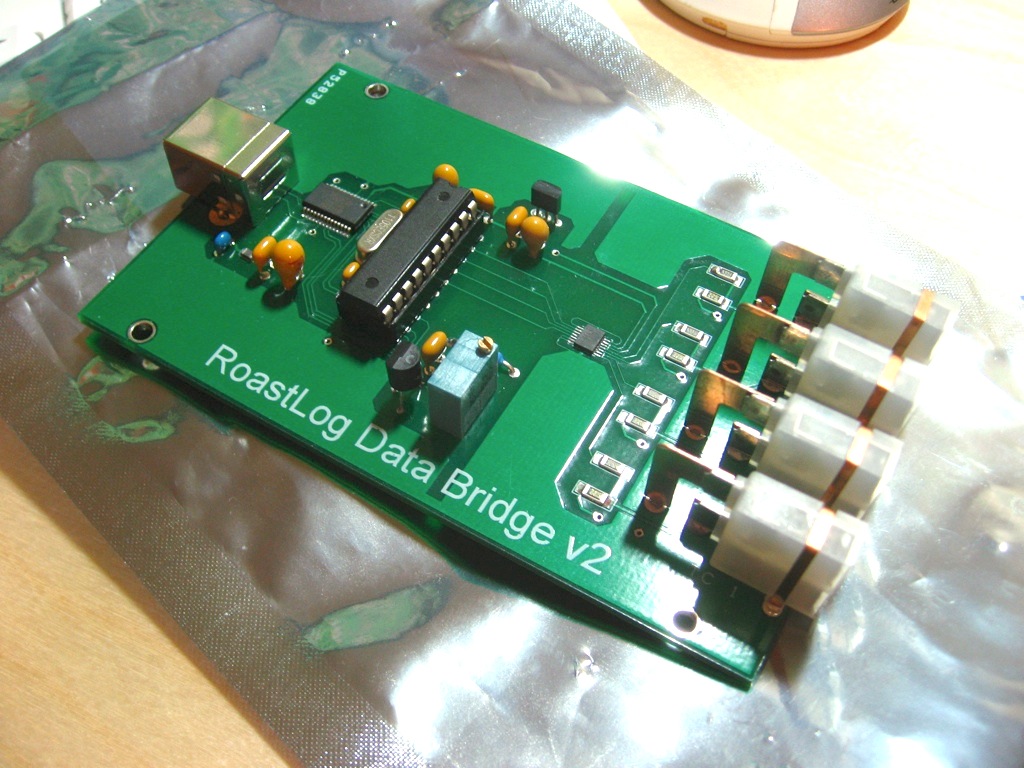 Low inventory notification based on realtime roasting data! Managing green coffee inventory is as much art as it’s science. Maintaining the right balance of inventory to satisfy your production needs without taking up precious roastery Read more…